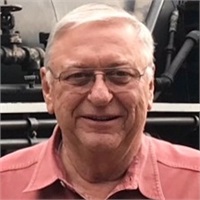 Whit’s business and investing career started at the age of 11 when he bought a new lawn mower on time payments, and started his own lawn mowing service. He saved his money and invested in AT&T stock and was rewarded handsomely for it.  He graduated from the University of Illinois in 1968 and entered the military service for a two-year stint.  With the money he earned from his military pay and music jobs, he traveled in Europe for 6 months and then returned home to join a small pipe organ building business.  He left that business to join a large industrial distribution firm in St. Louis.  He advanced to a field sales position and moved to Evansville, IN where he called on large industrial plants.

In 1980, his largest customer hired him as a field sales rep selling heavy equipment parts and components to the mining, oil and gas industries.  Six months later, he and his family moved to Wyoming where he opened the first branch and wholly owned subsidiary for the company, and became an owner in the company.  Nine years later, they moved back to Evansville, IN where he assumed the position of Vice President and COO and served on the board of directors.  During this time, Whit attended courses in advanced studies in Industrial Distribution at Texas A&M and Business Finance at the University of Wisconsin Business School.  He and the other owners grew the company to about 180 employees with 6 branch offices across the US.  After substantial growth, the owners agreed to sell the company to a large Evansville, IN industrial concern.  After the sale of the business, Whit and his wife moved to Colorado Springs to be near their oldest son and his family.  All the while they had moved around, Whit was mentored by his family friend and investment broker of 20 years.  Not being ready to retire, Whit took his interest in business and investing in a new direction when he joined Edward Jones investments and took over a branch office in Colorado Springs.  He left that firm in 2004 to become an independent investment advisor and investment representative.

Since there are so many different ways to accomplish investment management, he likes to approach his clients in a consulting role and develop a team approach rather than simply applying a “cookie cutter” method and telling clients what he thinks works best.  Whit believes that the keys to successful business and client relationships revolve around the core of being totally customer oriented.  By carefully listening to client needs, goals, and desires these become the focal point to drive the investment process.

Whit still enjoys the same interests he cultivated as a child and has a collection of American Flyer trains, indulges his interest in classical organ music, and has a small collection of vintage Cadillac’s.